Never Seen Traveling Cat & Dog? This Duo Share the Cutest Pictures with Us

Back in 2014, the avid Hiker Cynthia Bennett and her boyfriend were determined to buy a Golden Retriever when they stumbled across the 14 weeks old Henry. They met at an adoption event when Henry stole Cynthia’s heart by curling up in her lap and flipping his head over her arm. She couldn’t leave without him.

It was only three days until they took Henry on his first hiking trip “He found the steepest, tallest rock around, and he ran up to the top of it to look over the edge,” Bennett says. That’s how he gained the “Little Mountain Goat” nickname. 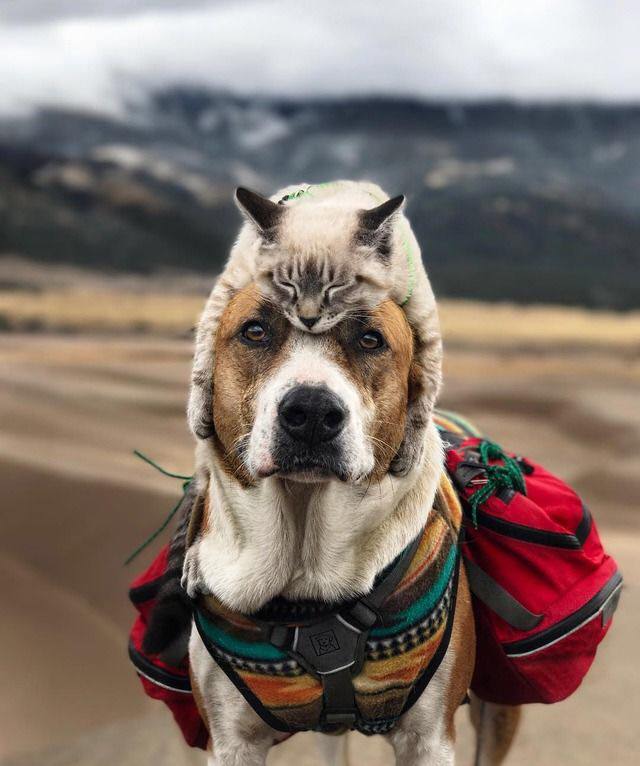 But then Cynthia just couldn’t get enough pets that she decided to rescue a kitten and add her to the family. It took her five months search until she met a Siamese kitten named Baloo. They seemed like the perfect duo when Henry was introduced to Baloo and all they wanted to do is cuddle. 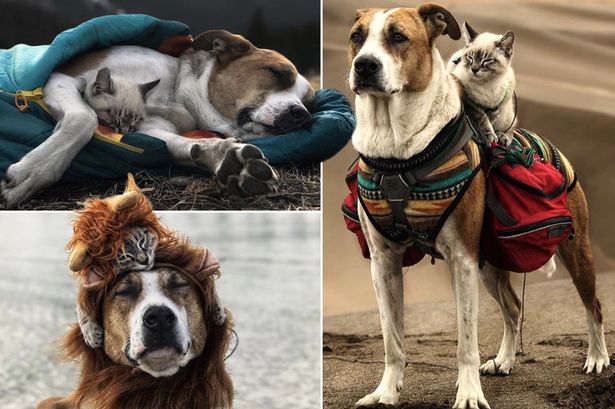 It didn’t take any time that they started taking Baloo on their hike trips too! “I get a lot of questions about how we got him used to it. But he really loves it. He really wants to go outside,” Bennett says. “If I touch Henry’s leash, [Baloo] will start screaming at the door.”